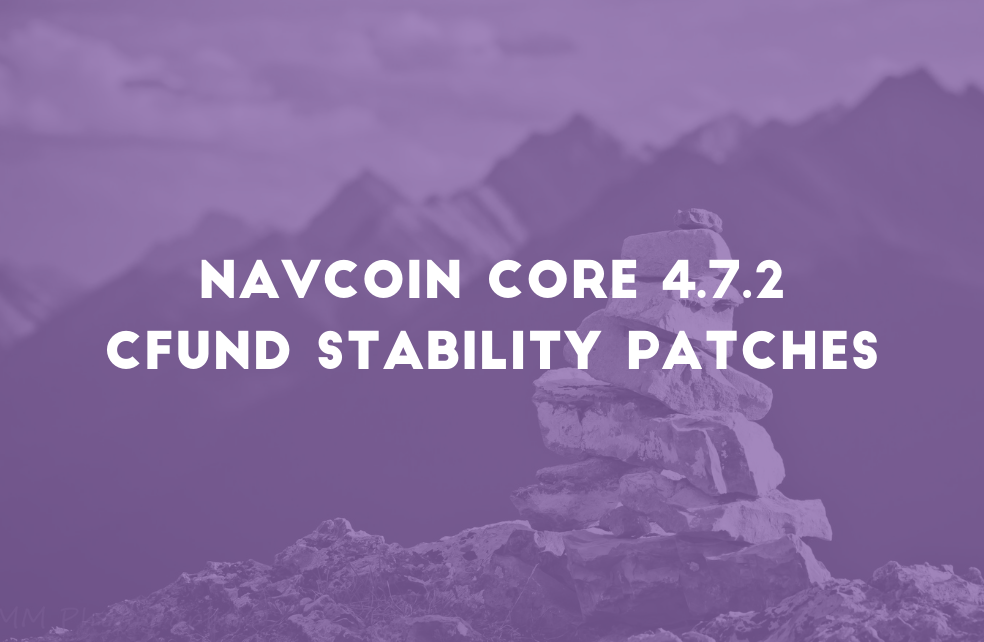 This patch fixes various issues which were investigated and identified as part of the community fund stability review undertaken by the NavCoin Core developers. It considered a mandatory update due to the included stability patches and will require a reindex or full resynchronisation of the blockchain to take effect. Please read the full release notes for further instruction.

This set of changes will require older clients to reindex on launch, keeping the node offline for some hours at best. In order to reduce downtime, node operators can proceed as follows if needed:

This PR adds extra log for all the modifications of the CFundDB and ensures entries are read in the memory cache before being modified.

This pull request starts a new NavCoin testnet. If you’re running a testnet node you will need to will need to wipe your testnet data directory and connect to the new testnet nodes. A list of some of the testnet nodes operated by NavCoin Core developers can be found on Issue 626. If you need testnet coins or want to be added to the list of nodes, please comment on the issue or join the #dev-testnet channel in Discord.