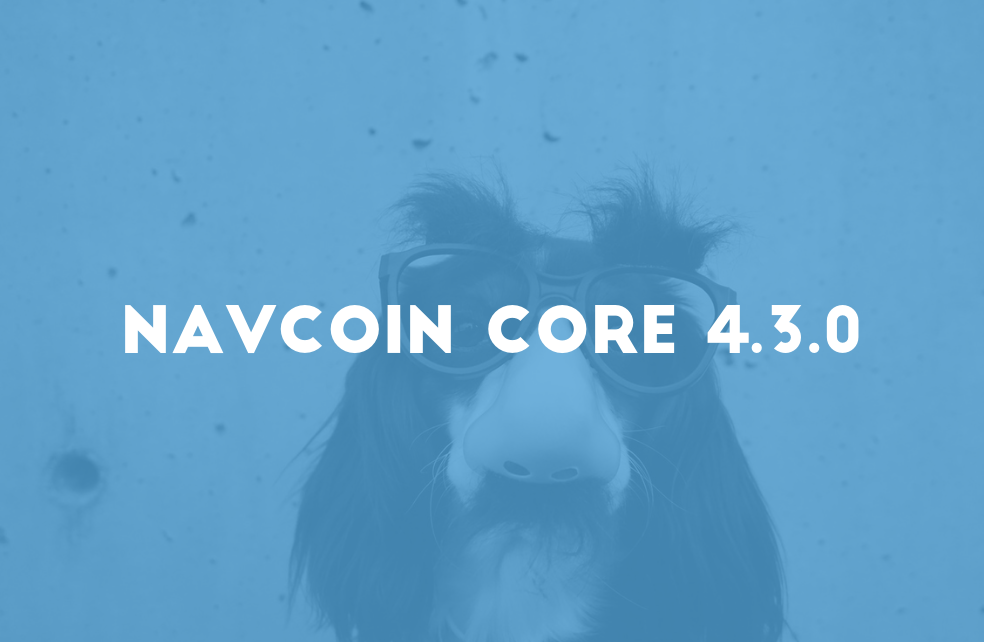 NavCoin Core 4.3.0 is now available for download. The 4.3.0 release completes the implementation of the OpenAlias protocol into the NavCoin Core client as well as adding Wallet support for bootstrapping. - Read more about NavCoin OpenAlias here.

OpenAlias is an standard created by the Monero Core project used in the Monero wallet and some other clients like Bitcoin Electrum which allows the wallet to translate email addresses into cryptocurrency addresses using custom TXT entries in the DNS records of a domain.

More details about the specification can be found at www.openalias.org

Part of the code is based in the original Monero implementation. The main differences are:

We encourage every user of NavCoin Core to set up dnscrypt-proxy on its system before using OpenAlias. Detailed instructions can be found at https://github.com/jedisct1/dnscrypt-proxy/wiki/installation

If you have a PI Image less than 1.0.10 and want to support sending coins to OpenAlias addresses please follow this article to setup DNSCrypt.
https://info.navcoin.org/knowledge-base/enable-sending-openalias-addresses-navpi/

If you have trouble sending to an OpenAlias address - make sure to set up dnscrypt-proxy. Detailed instructions can be found at https://github.com/jedisct1/dnscrypt-proxy/wiki/installation

A new argument (-bootstrap) is can be passed on initialisation to specify an URL from where a copy of the blockchain in TAR format will be downloaded and extracted in the data folder.

Also adds a GUI submenu entry under FILE which lets you bootstrap using the GUI.

In version 4.2.0 the wallet started hiding orphan stakes in the transactions list. This has caused some confusion with users as OS notifications were still showing while the stakes did not appear.

This PR https://github.com/NAVCoin/navcoin-core/pull/214 completely removes the use of the OpenSSL’s class BIGNUM, substituting the uses of CBigNum with the class uint256 with extended arithmetic capabilities (arith_uint256). OpenSSL deprecated some BIGNUM functions in version 1.1, making the wallet unable to compile in systems which use the newer version. This patch fixes this issue.

Staking can now be toggled “on-the-fly” without restarting the client through the GUI or using the staking RPC command.

The secp256k1 lib from bitcoin 16.2 release was included into the codebase. While there are a number of improvements, the update was mainly needed due to the better build options for developers and allows newer OS’s to build. This reduces the friction in getting setup and working with NavCoin

The Wallet GUI is now fully translated to Spanish and Italian.

Other modifications in the NavCoin client: