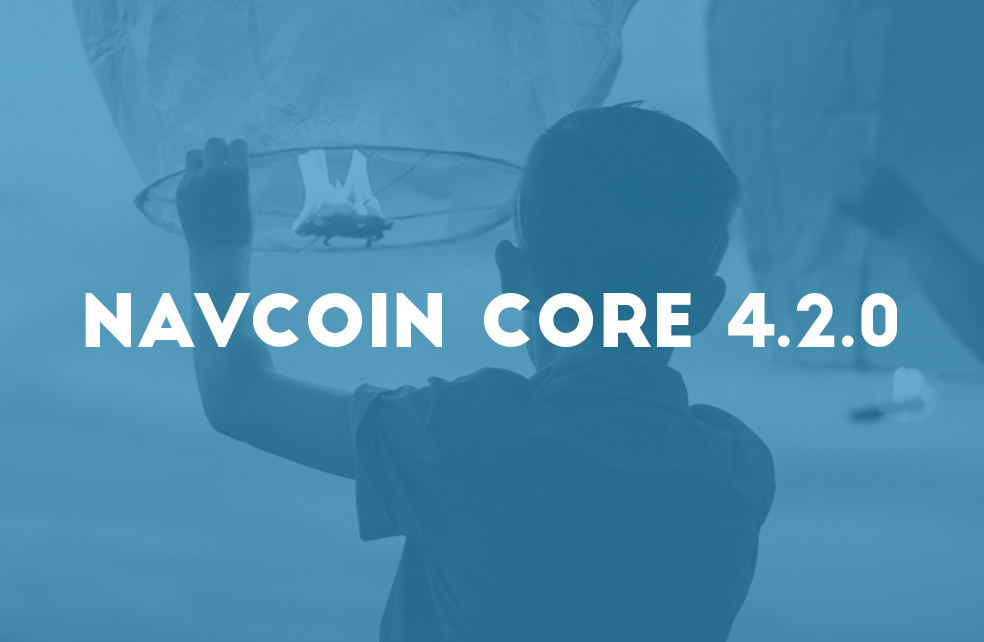 Navcoin Core 4.2.0 is now available for download. This update includes two important soft forks. One kick starts the accumulation of the community fund while the other adds NTP server syncing to ensure all blocks are submitted with the correct timestamp. Please make sure you update your wallet if you want to see these soft forks enabled.

An additional network “devnet” is added.